You know how it is at Christmas. Morning arrives, you run downstairs to a cluster of presents nestled under the tree. And as you rip through the aftershave and socks bought by Grandma, you see the small smartphone-shaped box. It really is the most wonderful time of the year.

There’s nothing that quite beats unwrapping a new smartphone – if it could have that new car smell it would – and of course with it being Christmas, you need to download all the best games to see you through the festive period. It’s the time of year when Santa gets to race around the globe, so why can’t you?

Asphalt 8: Airborne is one of the best racing games in the Google Play store and will take you to Venice, Iceland, and even the Nevada desert as you take on high-speed challenges with superior graphics.

With 56 supercars to choose from, including the 270mph Bugatti Veyron, the aim of the game is to get airborne, performing barrel rolls, 360 degree jumps, and aerial stunts over eight seasons and 180 events.

Temple Run has over 170 million downloads to its name, and to many has redefined mobile gaming. It’s up there alongside Angry Birds and Candy Crush in the Android heavyweights.

Of course when you get to be a man who resembles Indiana Jones, it makes it that little bit more fun. Navigating your way across cliff tops, zip lines, and through dangerous forests, you must collect treasures as you aim to stay a few steps ahead of the evil monkey-like creatures behind you.

Having recently won the IGA gaming app award for app innovation and excellent customer services the Full Tilt app no doubt stands out from the crowd. If you fancy getting the adrenaline pumping with a little more style, then the Full Tilt app could be for you. Whether you’re a pro or new to poker, it’s the perfect place to while away the hours, working on your game, and picking up a few pots.

You can learn your craft with their exclusive Rush poker format, playing hands in quick-time, whilst the Texas Hold’em games are a great way to play the world’s most popular variant with neat, clean, graphics and a range of stake levels suitable for both high rollers and casual players.

It’s the chance to make Christmas that little bit more special and win a present of your own – a prize pot. 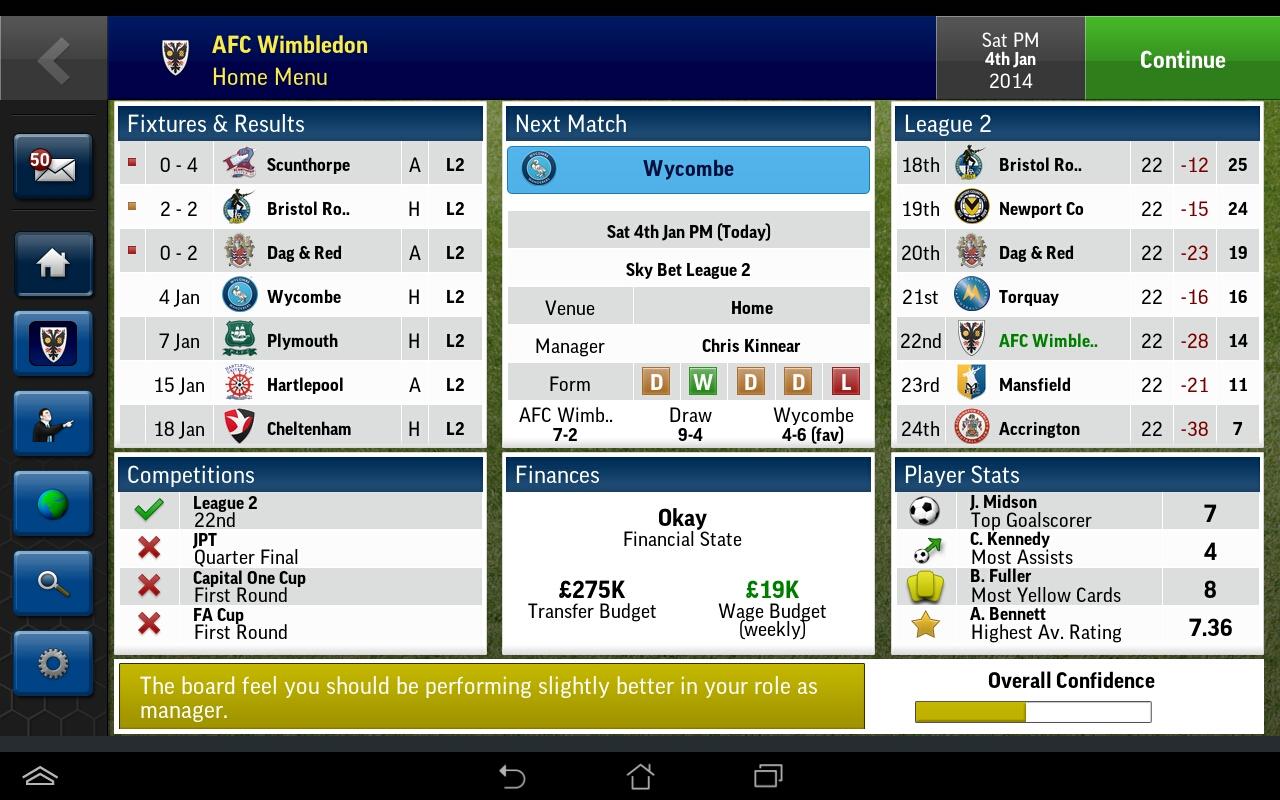 For many, Christmas is the most wonderful time of the year for a different reason – the jam-packed football calendar. It fills fans with excitement and that overspills out of the grounds and into our homes.

Football Manager 2015 hasn’t long been in the Google Play store but the updated version is already making waves in the community. With all major countries playable you can take your favourite team to glory, managing performances via the impressive 2D Match Engine as well as a superior scouting system that will help you build from the bottom up.

We’ve already mentioned the phenomenon of Angry Birds, and with the latest Star Wars movie just around the corner, it’s the perfect time to play this mash-up.

You can play as the Rebel Alliance or join the ‘pork side’ with over 30 playable characters including Darth Maul, Darth Vader, Yoda, and Anakin. Merging two classics, it’s the ideal game to spend five minutes on whilst the Christmas pudding is being dished out, or of course for longer periods when you’re having to sit through Downton Abbey.

we respect your privacy and take protecting it seriously